When people congratulate me, appreciate my efforts, praise me for my deeds  OR my words OR the way I handled something OR sometimes even my looks. I tell myself I am an Ass. I have to loudly remind that to me multiple number of times during those moments.

Ass is the poor man’s horse in that era. They are timid, patient, loyal, can carry heavy loads with no complaints. The animal is understood to be a dumb and served as an excellent means of transportation of then world. Ass is a hardworking animal. 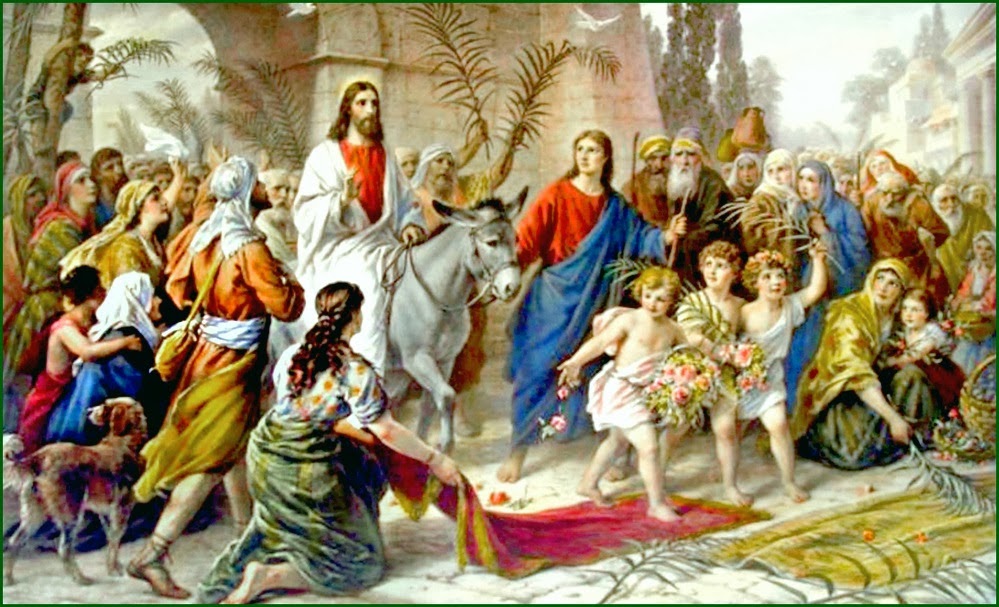 During the Passover festival, when Jesus entered into Jerusalem people laid their garments on the road, held palm leaves and shouted Hosanna in the highest !. It was the exaltation paid to the Messiah, the King of kings and not to the donkey that he was riding on. If you ponder more, there is nothing for the donkey to be proud about it. For these same people who gave praises, 6 days later will take sides with the crafty Pharisees to crucify the Savior. Remember it was the Savior who got crucified and not the donkey he rode. Yet, the donkey enjoyed being welcomed like a King into the city.
So the point is
·         Know that we are all instruments, Workers of the LORD. Fruits of our hands are blessings of the LORD.

I am sure, you have heard of the above analogy at many occasions. Let us see some more, the only animal that spoke in Bible is Ass. ( If you do not want to count the evil Serpent who lured Eve into the eating the forbidden fruit.) Yes, the very particular Ass owned by disobedient and Non-Israelite Baalam . 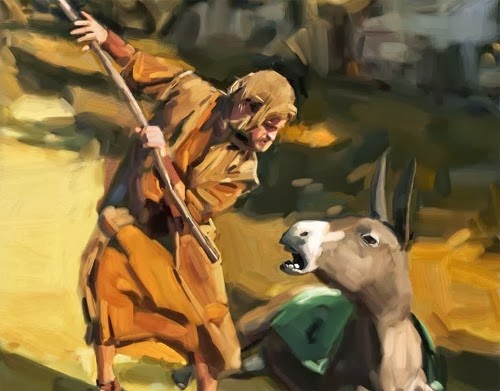 Refer Numbers 22:21-38. While the gist of the conversation is a whole different topic of discussion, I request to see the plight of that animal. The animal is beaten up 3 times by his master for heeding to the direction of the LORD.

Here is the deal, you are given a choice to serve a master like Jesus or serve a master Baalam. You will be asked to give the same efforts to both the master; One will give all the pleasures for you and will die for you. One will beat you mercilessly even if you speak up for yourself defying the laws of nature.

Points to remember:
1.       We are Ass.  Glory belongs to Christ who travels with us in our life. John 3:30
2.       We enjoy the privileges and inheritance of Christ for we are his hardworking laborers.
3.       We have to be careful in choosing our master, our association and our path. Choose to serve our GOD, the messiah at all time and means.
Didn’t Jesus say
Matthew 20:28 “the Son of Man did not come to be served, but to serve, and to give His life a ransom for many.”
King of kings humbled himself to be born as a vulnerable babe, a carpenter’s son and lead a humble life of example.  Don’t you agree that we can aptly be called as Ass? HIS donkey carrying gospel around? – James 4:6

Let the LORD's name be glorified!

Posted by Devi Annamalai at 8:37 PM No comments: 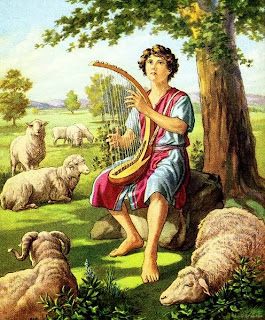 Why did David who killed a giant by a sling and stone have to write a song proclaiming “Even though I walk thru the valley of shadow of death, I fear no evil. Thy rod and staff comfort me”

He could have written one more Psalm 136 exclaiming the Magnificence of the LORD or Psalm 91 exalting his promises.

Why the declaration, Why the mention of Valley of shadow of death when the LORD has been showering him with Victories at all sides. Wasn’t he a great king? A warrior? Was he afraid? Why this Psalm 23, that of all psalms considered powerful?

Very simple. David’s life and his success was not offered to him in a platter. He has to fight for it with the LORD at his side, If its killing the Lion or the giant Goliath or winning numerous battles against philistines  or hiding for life from Saul.

David’s success life many times quoted as an example to Christians to know the favor, love and grace of GOD undermining the path he tread.

David a shepherd boy considered as weakling by his own father when called by Prophet Samuel, has to cling on LORD’s word that HE works all things together for good. David has to take a step of faith when Saul turned against him. David has to repent and look for LORD’s mercy when his first born thru Uriah’s wife died. He has to suffer, he has to mourn for his loss before he saw the LORD’s glory in his life as Solomon.

Yes, We can be Joseph. But we should remember that his early life was to leave his parents, to be sold as a slave, accused and to be jailed before the LORD raised him up as a governor of Egypt.

Yes, We wanted to be blessed like an Esther, the queen of over 127 provinces. But remember she grew up as an orphan, she dreaded to reveal her identity to her own husband, she had to face Haman in her life.

Yes, We wanted to be Ruth. But she was a widow losing her husband at an young age, have to leave her family and friends to a new land, have to work hard to take care of her and her old Mother In Law, got rebuked for her background at the new land before she was married to her kinsman Boaz

Glory doesn’t come so easy. If it comes easy it is not Glory. There is always hardship involved.

Didn’t the LORD say?
John 16:33
In the world you have tribulation, but take courage; I have overcome the world." 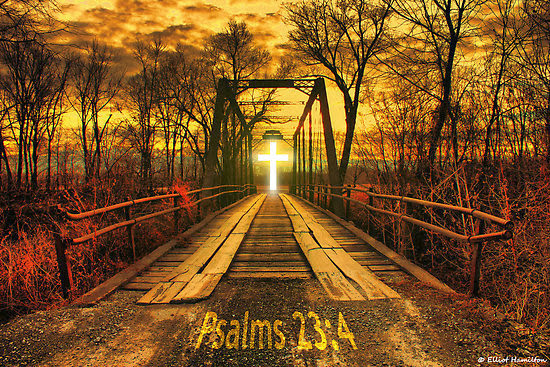 If you are in Christ and wonder why this hardship for me, Dear Friend you can be sure as much as you see the hardships, you can also see the LORD being with you in it. Being with the LORD is like being in heaven. But Heaven on earth is so unstable for the enemy is in constant warfare to break it.

I pray that this little post will give you the revelation that you can sternly walk in the will of the GOD which could be valley of death only to see the LORD’s glory reveal at the end, For he never leaves nor forsakes you. Praise the LORD!
Posted by PraisesnPrayers at 10:04 PM No comments:

HE is our Light! 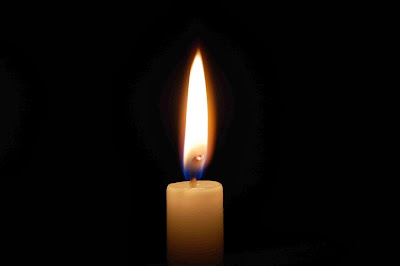 The power of light is so pronounced when you lit up a candle in the darkness. You can see how the light seeps thru the darkness wading away the fear and grim it could bring. Not just the things around us can be seen, one can see himself with that light.

John 8:12
Then Jesus again spoke to them, saying, "I am the Light of the world; he who follows Me will not walk in the darkness, but will have the Light of life”.

But there is more. If you find a right object to reflect the light, things around can be lit for further to a  higher degree.

When LORD say HE is the Light, HE wants us not just to be a consumer or a witness of the light like pitch black vessel that can absorb the light and cannot emit back any of it. But HE call us to be a shiny surface.  Only a clean well-polished surface/vessel can reflect the light. HE clearly says  in John8:12 “he who follows Me”  i.e  he who reflect HIM in daily walk and talk can bring more light and would have eternal life!

2 Timothy 2:20-22
In a large house there are articles not only of gold and silver, but also of wood and clay; some are for special purposes and some for common use. Those who cleanse themselves from the latter will be instruments for special purposes, made holy, useful to the Master and prepared to do any good work. Flee the evil desires of youth and pursue righteousness, faith, love and peace, along with those who call on the Lord out of a pure heart.

James 4:8
Draw near to God and He will draw near to you. Cleanse your hands, you sinners; and purify your hearts, you double-minded.

When we get closer to him, we need to cleanse and be purified to reflect him.

In this New Year, Let the LORD of heavenly lights fill us with HIS Light for HIS glory!
Posted by Dii at 10:19 PM No comments: