Our blog would be moving to a new domain called WWW.PRAISESNPRAYERS.COM

With the new change, May the LORD teach us to grow more in him and glorify him.

Email ThisBlogThis!Share to TwitterShare to FacebookShare to Pinterest
Labels: Announcement

Lord is your SHIELD! 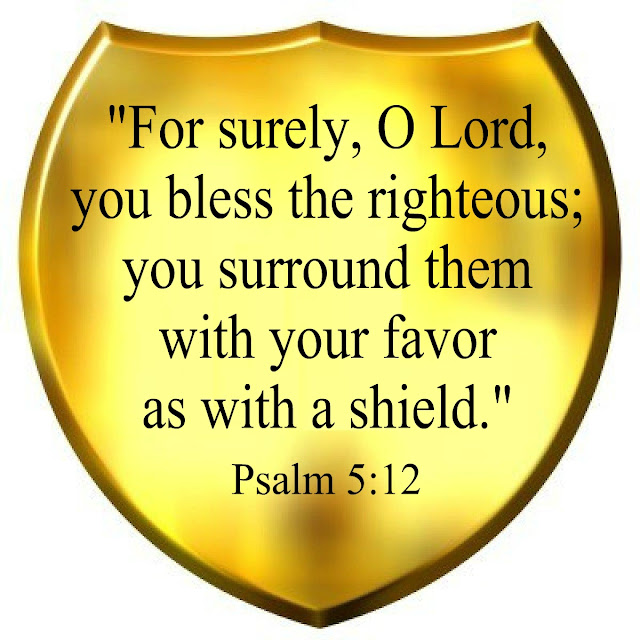 Posted by Devi Annamalai at 11:13 AM No comments:

Book Of Esther in the Bible is an interesting book to us in many ways to me. It is a fairy tale of Bible.
Every girl can relate to Esther.
—  Who doesn’t want be pampered with fine cosmetics in a palace?
—  Who doesn’t want to win the favor in everybody’s eyes?
—  Who doesn’t want to be called the Charming lady of the land?
—  Who doesn’t want to be the Queen of the great king? Every little girl secret dream is all of these.
Yet,… unlike the many fairy tales this tale does not end in a wedding set up, with much in love duo looking deep into their eyes under showers of flowers ,  with sparkles flying in the background.
THE STORY just begins there. It is just a pre-cursor for her HUGE and MIGHTY purpose in order.

Oh! How I love the GOD ALMIGHTY for his creativity…Hmm, He is a good story teller with wonderful twists.
Let us see, who is Esther? 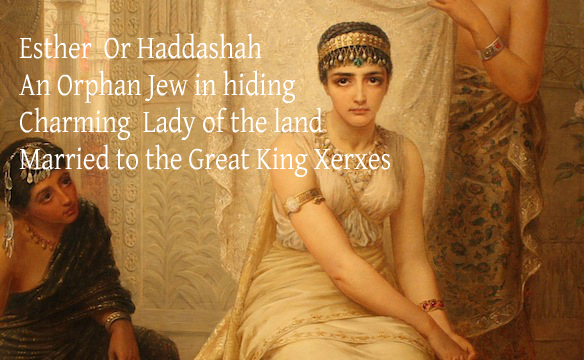 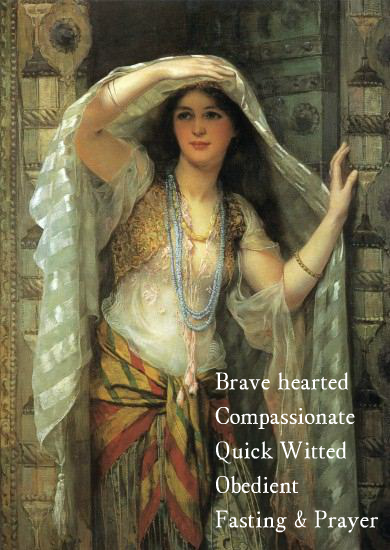 Didn’t she have questionable characters (just like any one of us)?


—  She hid her background to her husband.
—  There was no strong reference in the Book that she was GOD fearing, prayed 3 times a day etc.

Ok.  Why is she celebrated? Why claimed one of the bravest women of Bible?


—  Ready to give up her Position
—  Can be Exiled – Remember Queen Vashti
—  No strong binding relationship with the King to make pleas.
—  Ready to give up her life
—  Severe Rules and Law for Women/Wife in the land
—  Law is that Un-summoned person at King’s court to be put to death
Esther 4:15
Then Esther told them to reply to Mordecai, “Go, assemble all the Jews who are found in Susa, and fast for me; do not eat or drink for three days, night or day. I and my maidens also will fast in the same way. And thus I will go in to the king, which is not according to the law; and if I perish, I perish.”

Right! She is indeed brave for doing that for her people.


—  What doesn’t Matter to receive his blessings
—  Your Background
—  Your Strengths & Sins
—  Your Position
—  What Does matter
—  Faith
—  Praying
—  Fasting
—  Interceding for others
And most importantly we know, GOD is in the background and always at work.


Now, Are we Esther? We are in many ways except for the one. We do not know if we are brave enough or can be Challenged like her.
Guess what, I have a GOOD NEWS for you. Being an Old Testament Esther can be hard for you. Now things are different. We have a new, refreshed covenant with GOD – Jesus Christ. J 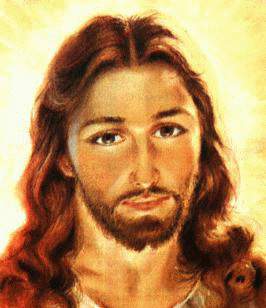 Ayy! We have more advantages than Esther . Yes, Jesus had made it easy. The same Esther blessings can be sought thru the new deal. Isnt that amazing! Let us see how amazing it is.


Yes, we are ESTHER in all aspects. With our mighty Saviour Jesus Christ, we can stand in the gap for our family and friend ASK the Mighty King – OUR GOD thru Immaneul to cancel the decree of death to Eternal life!

1 Peter 2:9 But you are a chosen people, a royal priesthood, a holy nation, God’s special possession, that you may declare the praises of him who called you out of darkness into his wonderful light.
Come on Esthers! Let us open our mouth and rejoice his GREAT NAME!

Note: Last but NOT least, remember what Mordecai says:
Esther4:14 For if you remain silent at this time, relief and deliverance for the Jews will arise from another place, but you and your father’s family will perish.

Being an Esther or NOT, is still your Choice.
Posted by Devi Annamalai at 9:04 PM 2 comments:

You will flourish with Lord!

Posted by Devi Annamalai at 9:04 AM No comments:

Standing on the promises of God

Many of us would have waited in the Lord’s presence and received a promise for this New Year 2013 – we may have received promises just for us, for our families, for our church and so on. Now what do we do with these precious promises. How are we going to inherit the promise of God?

1.   .Confession: Let us read Daniel 9, to see what Daniel did with the promise God gave through Prophet Jeremiah.
Daniel knew that the promise of return to Jerusalem will be fulfilled after 70 years. Then why did he pray in fasting? Why can’t he fold his hands and wait to see whether the promise is fulfilled or not. We learn a valuable lesson from Daniel. Any unconfessed sin can hinder God’s promise from being fulfilled in our life. Daniel did not want that. So he took up the entire sin of the forefathers on him and pleaded and stood in the gap. Let us also repent of our sins and of our forefathers. 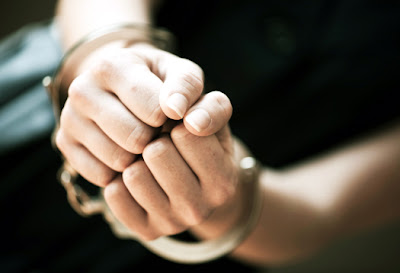 2.    Conditional: Most of God’s promises are conditional. If you do this, I will do this. We cannot read just one verse without its context and claim it. We must read the verse in its context and see what the Lord expects of us. For example, Isa 58:8 has a great promise on healing - your healing will quickly appear. But we have to read the chapter from the beginning to see what we must first do on our part.

3.    Claiming: We have to recite the promises everyday – many times in a day – so the verse enters our marrow – it fills every being of us. If you have a promise of healing claim it. A promise about financial break through claim it – when we keep reciting it or writing it many times, it drives out every fear – every doubt. The WORD became flesh – so powerful is the word of God. Kingdom of heaven is taken by force. Matt 11:12 From the days of John the Baptist until now, the kingdom of heaven has been forcefully advancing, and forceful men lay hold of it. When Esau came with 40 men to meet Jacob, Jacob reminded God the promise He made to him – basically he not remind God – he was actually claiming the promise. (Gen 32:6, 9). So it is our duty – to claim every promise of God.

4.    Acting in faith: For example when God gives you a promise “you shall lend to many nations, but you shall not borrow;” Deut 15:6, we have to claim it and we have to make life style changes to cut down our spending – we can’t live the same way and expect a financial break through from God. We have to move with the Spirit; we have to yield to the Spirit so he can work in us. We should not confuse this with taking matters into our own hand. For example Rebecca clearly got word from the Lord that Esau will serve Jacob. But she took matters into her own hands and made Jacob dress up as Esau and get his blessing and the consequence was too much – she never got to see her favorite son again. 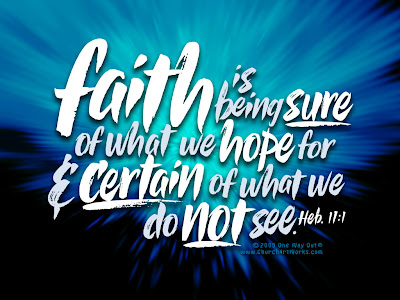 Let all the promises God has given to us be fulfilled for His glory. Hallelujah! 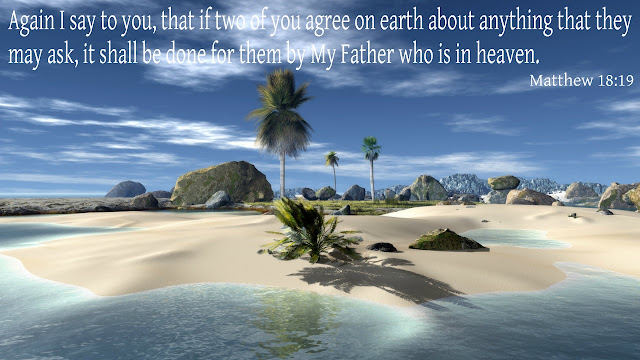 Posted by Devi Annamalai at 2:52 PM No comments: 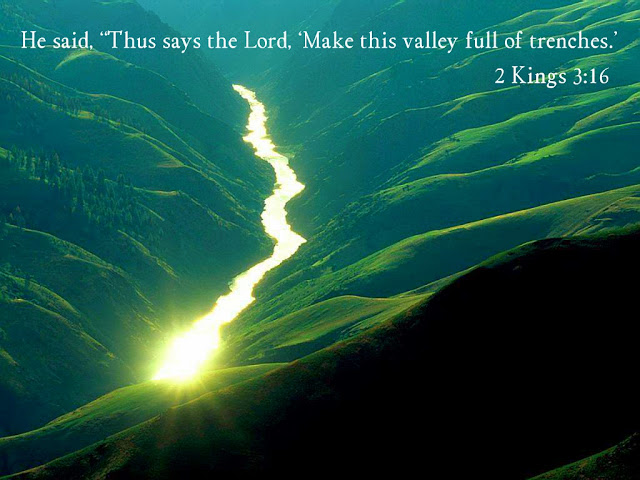 Posted by Devi Annamalai at 5:59 PM No comments:

Lord is our ROCK! 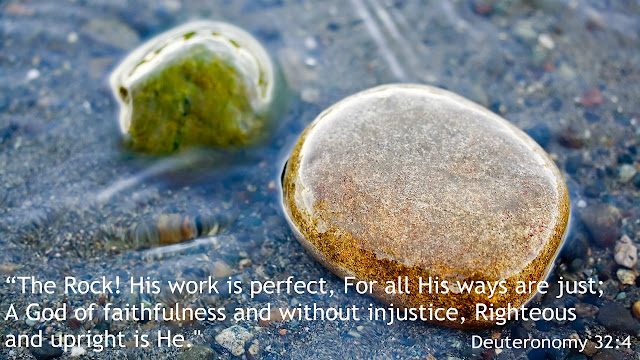 Posted by Devi Annamalai at 5:54 PM No comments:

Take it Easy when you are in the LORD! 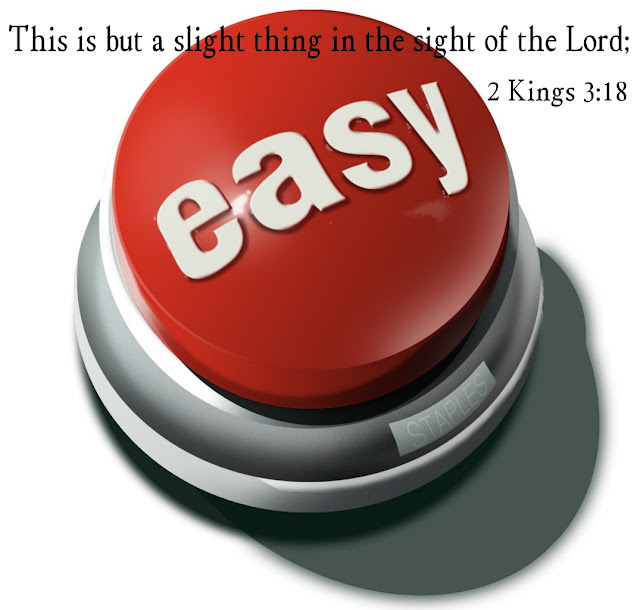 Posted by Devi Annamalai at 5:34 PM No comments: